My name is Temple Garner chef Patron of Bresson. 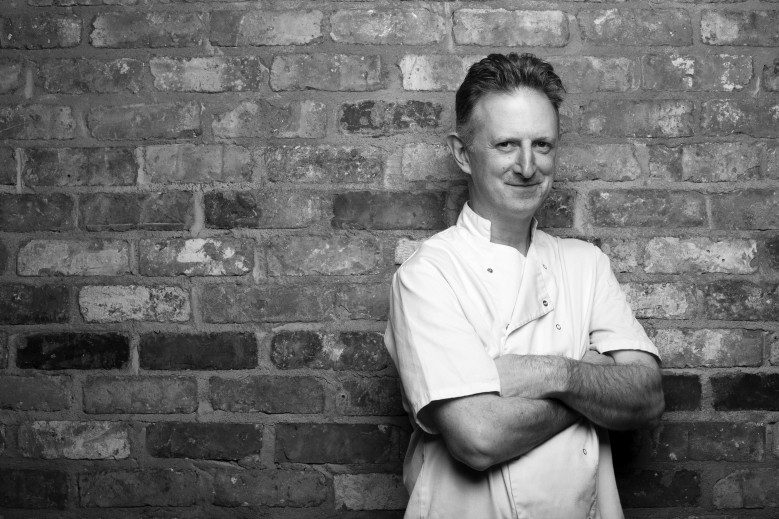 I’ve been in kitchens for 32 years, having started in the traditional manner, that is to say, the school of hard knocks.

I spent most of my career denying the dogma and orthodoxy of French food and it’s place in the world. I think this stems from my upbringing that can be best described as bohemian and academic which I turned into punk attitude, still being about in those days, to question everything, burn the past and reinvent the future.

My first cooking experience and exposure was in London. The concept, now dated, was California Italian, an interpretation of sunshine within the vibes of both places so from the very beginning my mind wasn’t hemmed in by ‘it can only be this way’, as was the training of my contemporaries.

This set me on course to achieving a bib gourmand in Ben Gorman’s Mermaid cafe in the early 2000’s. A rather rare prize in those days for a very unique restaurant. Punk rock in attitude take it or leave it and probably a little too cool for school, but we had the conviction and missionary zeal of youth on our side and we meant it.

I went on to open Town Bar & Grill with Ronan Ryan. Both restaurants were culinarily unique and independent of mainstream. Both shone incredibly brightly but sadly for too short a time, or maybe like many things they were superseded by the next big thing.

After the country’s economic meltdown I opened San Lorenzo’s in 2011 again an independent voice at the time.

In later years perhaps with the mellowness of time and having a family of my own I started to truly appreciate the history and true genius of French cooking. To understand I’ve been a French cook all along just in disguise to myself. The deep regard for tradition and provenance, the regional introspection and wonderful conceit. A Gallic shrug, not even an argument, we invented it, we codified it. Refined and perfected over generations. No other country has had a more profound influence on food and cooking as France.

Nowadays Instagram drives the bus of influence. The latest ingredients, methods, bright shiny things. What is one to do? … follow, or look in the mirror and ask ‘Who are you? what do you stand for?’

Are you the myriad dissection of a single ingredient expressed over a tasting menu or are you a butch steak house with tomahawk ribs holding a bone handled knife between your teeth? Both brilliant. Know who you are, what you are and what you stand for.

The truth of a dish. I prepare a creme brûlée and steak frites because it is perfect. Perhaps a very simple twist here and there but truly believing in the depth of source material. It’s not broken it never was, it doesn’t need fixing, it’s perfect for exactly what it is.

It brings pleasure. Is that not the point?

Collection & Use of Personal Information

By submitting your data, you are providing us with some level of personal information. This information is not stored on our website database. However, in order to respond to your enquiry, your data is emailed to our website’s email address where it is saved. Additionally, we may use your contact details to send you marketing material in the future. You may unsubscribe from any emails you receive following our first reply. We do not pass your data on to any third parties.